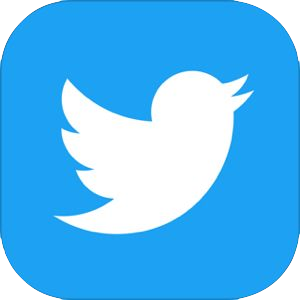 1. Mazda Motor Corp., a large company from our region, has continued to be centrally involved in research activities. Taking advantage of its comprehensive cooperation agreement, the exchanges have expanded into other areas including cultivating human resources. On the research front, the size of projects and regional area involved have continuously increased.

2. Beyond the framework of research and development for one company, our aim is to raise the competitiveness of the regional automobile industry in the future. We’ve established a promotional organization called “Hiroshima Automobile Industry, Academia and Government Collaboration Promotion Council (HIROJIREN)” (the details mentioned below) to bring regional governments and other organizations into the industry-government-academia collaboration.

3. As these efforts were evaluated, we were chosen as the fiscal 2018 “Regional University/Regional Industry Revitalization Grant”, and the Digital Monozukuri (Manufacturing) Educational Research Center was established at Hiroshima University. At that center, Mazda Motor Corp. and many other companies are cooperating with Hiroshima University in the research of digitizing the whole manufacturing value chain.

●The global company Mazda Motor Corp., having its headquarters in Hiroshima Prefecture, employs many of our graduates, which created a close relationship. At the same time, as the outside environment for the automobile industry is going through some remarkable changes, Mazda has a desire to utilize the research capacity of our university for an expanded range and scope of its research and development.

●Hiroshima Prefecture promotes itself as an “innovation promoting prefecture”. To continuously create innovation in the region, the university’s research knowhow and ability to develop human resources is going to be aggressively activated and the momentum shared throughout the region.

●The organization-to-organization collaboration between Hiroshima University and Mazda Motor Corp. began in 2005 when the engineering department and Mazda’s technical research laboratory exchanged a memorandum that included calls for comprehensive research collaboration.

●After that, joint research on several projects continued every year, and the parties continued to investigate ways to strengthen their collaboration. The comprehensive collaboration agreement concluded in 2011 covered a wide area including management, business, and human-resource cultivation, and was not limited to research and technical development, which helped rapidly expand the relationship. In 2012, professional staff were added to the industry-academia collaboration. In 2014, Hiroshima University and Mazda Motor Corp. designated a dedicated person to promote collaboration. In 2015, we started a next-generation automobile technology joint research course called “The Internal Combustion Engine Laboratory”, which drew dozens of students to its internship positions.

●In 2015, to promote activity around human-resource cultivation through industry-academia-government collaboration, Hiroshima Automobile Industry, Academia and Government Collaboration Promotion Council (HIROJIREN) was launched with the aim of promoting regional revitalization and innovation creation. The organization consisted of Hiroshima University, Mazda Motor Corp., Chugoku Bureau of Economy, Trade and Industry, Hiroshima Prefecture, Hiroshima Industrial Promotion Organization, and Hiroshima City. The six parties formulated the “Industry-Academia-Government Collaborative Vision in 2030” with the aim of activating the automotive industry in the Hiroshima region.

●The industry-government-academia collaborative structure has won praise. The Cabinet Office awarded us its fiscal 2018 “Regional University/Regional Industry Revitalization Grant,” and it was used to create the “Hiroshima Manufacturing Digital Innovation Creation Program”. The objectives of this business are to promote the university around the region and create employment for young people.

●By leveraging the funding of this program, Hiroshima University was able to establish the Digital Monozukuri (Manufacturing) Educational Research Center. Mazda Motor Corp. and many other companies are researching the digitizing of the whole manufacturing value chain.

●Mazda Motor Corp. and Hiroshima University will continue to collaborate with regional authorities to create innovation. We will continue our cooperation to expand our economy with the aim that our unique Hiroshima collaboration model becomes a lead model for Japan in industry-academia-government collaboration.